We hiked out to Jacoby Falls and for the second time this year it was an almost totally a disappointment as far as the actual falls were concerned.  It had rained most of the week and had poured the day before the hike.  Being only a half hour or so from home we figured that all the rain would leave a nice and flowing Jacoby Falls.  Regrettably it was but a trickle and on top of that it was the most crowded we had ever seen it with us passing about twenty people on the trail on our way back.  I think we will wait until the falls freeze over in the winter before venturing back out to it again.  If you want good pictures and better write ups read any of my other postings about Jacoby. 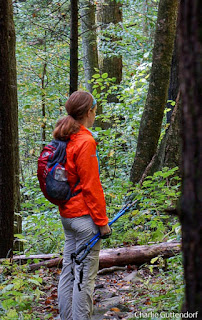 Posted by Central PA Dayhiker at 4:14 AM No comments:

With the last days of summer still on the calendar my wife and I set off to State Game Lands 13 to explore and see if the leaves had already begun to change since it was at a higher elevation than home and an hour and a half north east. 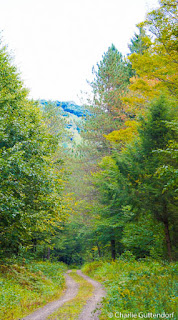 For those of you who have never been to State Game Lands(SGL) #13 it is almost 50,000 acres of rolling hills mountains, many runs and creeks, a few waterfalls and cascades.  It was the site of a former CCC camp in the 1930’s (more about that later) and is full of furry woodland creatures.  It is the largest of PA’s SGLs and has a very isolated feel to it.  A good map of the area can be found here. 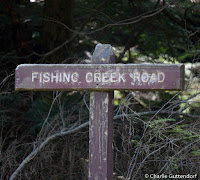 Coming in on Fishing Creek Road we passed a sign indicating that this had been a former CCC camp and decided to take a look at it on our way out of the area.  Driving almost four miles on roads that would be impassible in anything but a four wheel drive in the winter, we followed a young deer for a while, a deer that decided to zip further down the road every time we tried to get a picture of it.  We ended up parking at the designated area at the corner of Hemlock Run Road and Fishing Creek Road. 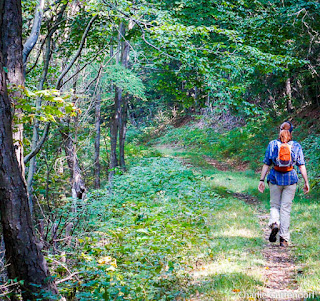 Heading up past the gate on Hemlock Run Road, which is actually at best two ruts on the side of a mountain, we could hear but not see Hemlock Run for the majority of our ascent.  We passed a couple of feed plots on our left and even a couple of nesting boxes but did not see any wildlife at all but came across a nice sized turkey feather at one point.

We went up to where it was indicated Roundtop on the map having an elevation change of about 500-600 feet from where we had parked our car.  Looking around for as we descended back down Hemlock Run Road and went towards Hemlock Run off a very faint trail to the west.  We found the run to be not very exciting at this point and anemic looking due to a lack of rainfall recently. 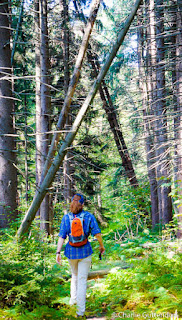 Returning to the car we packed up and went back down the road to a gate where I left my wife with the car and went to the site of the old CCC camp, following a large hawk almost the entire way.  For a couple of good write ups about the Civilian Conservation Corps and its work at Camp Morton aka SGL 13 there are a couple well written articles here  or here. 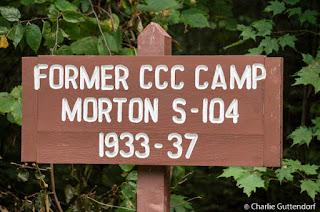 Honestly the sign for Camp Morton was the most exciting part of the camp.  I may have missed something but I saw mostly old foundations, a couple of ancient chicken coops and some possible trash pits.  Overall it was not a very exciting trip.  The leaves were just thinking about maybe changing sometime in the future, we saw more wildlife in our car than on our hike and the water features on this part of SGL 13 ranged from pathetic to nonexistent.

Two notes – Jeff Mitchell does outline in his wonderful book Hiking the Endless Mountains 2nd Edition, a difficult to extremely difficult 8 mile 9 hour hike that does explore waterfalls in the SGL 13 but even his description is a double edged sword of their beauty and being a warning about being good shape and really knowing what you are doing.

Also remember it is a state game land so wear your orange during hunting season.

May your trails be …

Posted by Central PA Dayhiker at 7:01 AM No comments:

Location: PA State Game Lands 252 aka former town of Alvira, PA near Allenwood, PA
Date /Day: 9/6/15 Sunday
Weather:  70’s and Mostly Cloudy
Distance: 2.86 miles
Time:
Highest Point:
Type of Hike: Loop
We were able to go on a last minute hike in between all of our other weekend activities so we decided to hit State Game Lands 252 again to pretty much finish off the area.  Between the two of us, we have now covered almost the entire game lands with the exception of a small stretch dead center of the game lands and a few side trails down in the south east corner which we are saving until some of the vegetation dies off in the winter so we can find bunkers easier.

We parked at a nice loop parking lot that featured a bright blue birdhouse attached to a tree right at the parking lot.  Earlier in the year this area was awash with sunflowers, but this late in the season they were long gone. 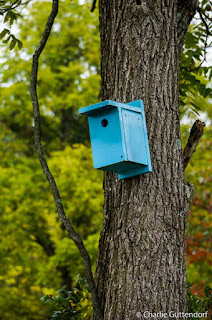 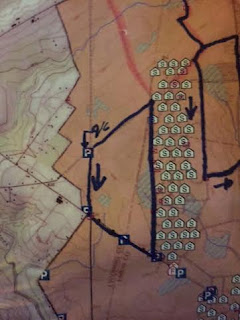 Route is as follows;
Parking – enough for multiple cars @ N41.146833 W76.967942
0.0   miles – Pass around the gate and take the path to the right/south
0.49 miles – there is a gate on each side of a road so take a left onto Alvira Road.  Be wary of traffic during this segment of the hike as it is the only segment that permits motorized vehicles. 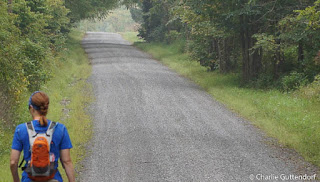 It is along this stretch of road you begin to see the markers indicating where the former houses of Alvira used to be.  I mentioned the markers in my first write up of State Game Lands 252 but didn’t take a decent picture of them.  After calling the state game lands office a couple of months ago they were able to tell me that they stood for Montgomery Area Historical Society.
1.08 miles - parking lot with the turn up north.  However go .01 miles and see the sign explaining Alvira and the sealed #1 Bunker near N41.1366105 W76.959001.  Go up the gate path to the north that you have just passed. 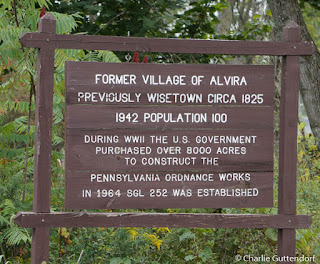 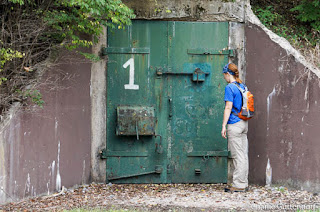 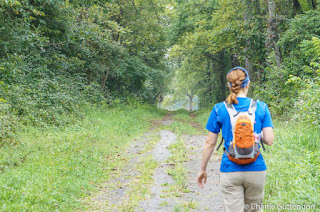 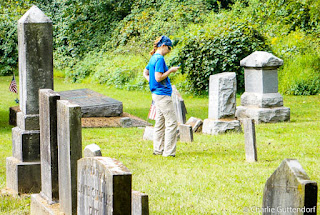 We spent a good half hour examining the graves and trying to find the oldest grave in the area.  We did see a revolutionary grave, beating the War of 1812 graves I had seen the first time I came here.  The newest grave we came across was around the end of WWI. The graveyard is also maintained with evidence of very recent mowing and weed whacking.  While the graveyard is neat and orderly, many of the gravestones are very fragile and broken stones litter the cemetery.
Here are my usual disclaimers-
1.  I am not responsible if you get lost or injured.  My route and map is no substitute for your planning and judgement.

2.  Remember that this is a State Game Land whose primary purpose is to provide an area for hunters and it is not a park.  If you go during hunting season wear blaze orange.

3.  Treat the cemetery with care and respect.

May your trails be...

Posted by Central PA Dayhiker at 5:55 AM No comments: